To bring my books and art into a single space, I have moved over to a new site.
This blog will now no longer be updated. For information and news please join me over at meredithrussell.co.uk
Posted by Meredith Russell at 13:26 No comments:

Autism Fact: Autism is a developmental disability. It’s a difference in how your brain works. Autistic people can have good mental health, or experience mental health problems, just like anyone else.

RJ Scott has once more put together a month long blog hop in support of Autism Awareness. You can find all the authors and blogs participating here.

This year's theme is our hopes and dreams. Weirdly, I found it quite hard on my poor old brain when I started thinking about what they might be. I mean, there's the big stuff that I sadly can't see happening any time soon such as equality, acceptance and the world moving forward again instead of the scary back steps it seems to be taking recently. Where people aren't discriminated against because of their race or gender or sexuality, because of disabilities or their mental health etc. Where a little bit of kindness goes a long way.

There's also my hopes for the people close to me, for the health of my family and friends, for my nieces and nephews to grow up loved and able to be happy and successful in who they are and what they want to do.

When it comes to myself, I'm not sure. My happiness generally comes from making other people happy. As a wife, a sister, a daughter, an auntie, a friend. As an author, as a cover artist. If I can make someone smile just a little then I'm pretty happy. I'm a simple soul. I have a roof over my head, a bed and food, a husband and family who love me despite my flaws and wibbly mental health *shakes fist at my wobbly brain*. So I guess I hope for the bubble that is my life to be one forever filled with smiles.

Giveaway : I'd like to offer the choice of an e-book from my releases. Leave a comment on this post with a contact email and tell me something, no matter how small that has made/makes you smile. I'll pick two winning comments next Monday.
Posted by Meredith Russell at 10:22 3 comments: 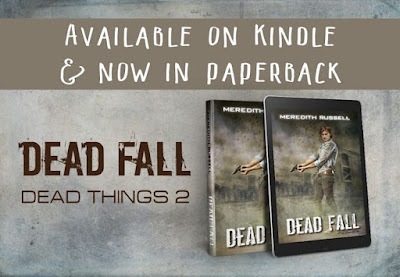 Super excited that Dead Fall (the sequel to Dead Things) is now available in paperback as well as on Kindle. 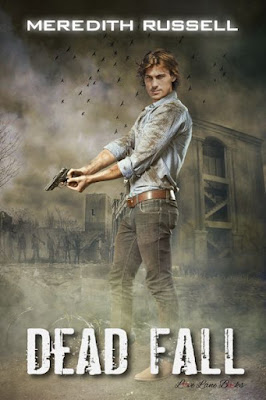 Since the events in Chicago, Devin and Noah dare to believe that a future is possible, and there is hope. For them and humanity.

Noah struggles to find his place at Devin’s side. Stricken with survivor’s guilt and a driving need to make a difference, Noah leaves his lover to investigate the only lead he has to end the undead. Himself.

Devin has fought to stay sane in a world of horror for too long and his one shining light is Noah. When Noah heads off on some misguided venture to search for answers, Devin knows he can’t bear to be the one left behind again.

They are two men who have nothing, and everything, to lose.

Noah rested his index finger on the side of the trigger guard, and stared down the makeshift gun range. He lowered his head, frustrated by his failure to hit all the targets set out for him.

“You just need to relax a little.”

Noah glanced at Devin. “You said to grip it tightly.”

With a nod, Devin said, “I know. But not so hard your hand shakes.” He pushed away from the front of the car, and came to stand beside Noah. “Grip. Ease off slightly.” He squeezed his hand around Noah’s, then relaxed it as he gave his instructions.

Devin’s hand was warm and clammy but Noah didn’t care. A small smile curled the corner of his mouth at Devin’s touch.

Devin’s breath was shaky as he lowered his head.

Things had been strange between the two of them over the last seven weeks. Both of them were figuring out where they fit in the world, and in each other’s lives. They had spent more time together, though Devin remained somewhat distant, not that Noah blamed him. Devin had lost the man he’d loved at the start of the monster-filled nightmare they found themselves in. He understood that Devin struggled with the lack of closure he still felt, despite knowing there was no coming back for Connor. The man Devin had known was dead. But it was about more than Connor. It was about Devin not thinking himself strong enough to go through that kind of loss all over again. To leave himself open to such grief and despair if he got close to Noah only to lose him as well.

Chicago. He wondered what had become of the people they’d left behind. Were they safe? Was Chicago still able to offer them protection?

Sometimes he felt guilty that he didn’t care more. It wasn’t as if he knew them, not really. He wasn’t sure he remembered their faces anymore. Them or the people who had died on the journey there.

The journey for a cure. Had anything come from the blood sample they’d taken from him, of the vaccine or biological weapon against the undead they hoped to create?

His blood had saved Devin, had created a serum that could battle the infection, but it wasn’t a true solution. It could happen again, to Devin, to everybody.

Silence fell between them and Noah opened his eyes. Devin was looking at him through his shades, one crooked eyebrow raised above the frames.

“It helps if you keep your eyes open.” Devin smirked and reached down, taking Noah’s other hand in his. “Support your grip with your left.”

“Like this?” Noah waited as Devin checked his hold. He shifted his footing, steadying himself as he battled the frustration over only being able to hit the target two times out of five. “I don’t get why I’m doing this. I managed perfectly fine without a gun before you showed up.”

Has it really only been seven weeks? It feels like longer. A lot had happened since the day Devin had turned up at the Weber family’s farm. Noah remembered the shouting and gunfire, of coming across Devin and his partner, Kerry, desperately fighting off a small group of the undead monsters created by some twisted virus. He hadn’t hesitated when Devin was attacked. Noah had run headlong into the fray, determined he wasn’t going to see anyone die that day.

Read more »
Posted by Meredith Russell at 15:04 No comments:

Everything (A Just Jack Christmas short)

Ice-filled memories caused a chill to pass over Leo. With a sigh, he curled his fingers around the bed sheet and pulled it more tightly under his chin.

Leo opened his eyes as he realized it wasn’t just his dream that had left him cold.

The lightweight drapes billowed as a cool breeze swept into the room.

“Jack.” Leo rolled over, and as expected, he found himself alone. 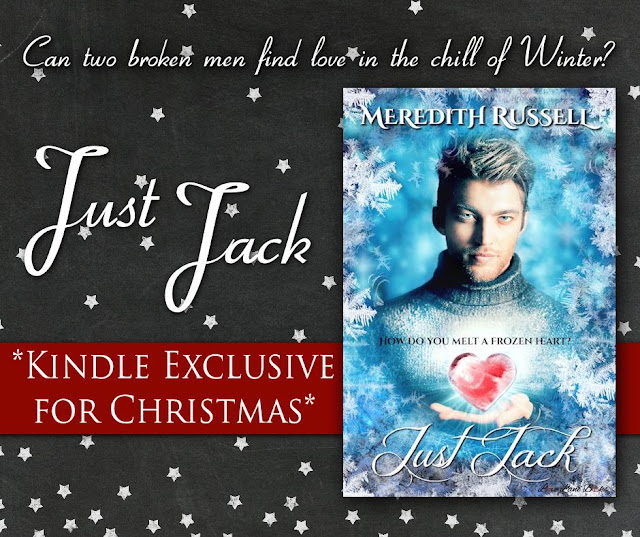 Posted by Meredith Russell at 09:11 No comments:

I can't believe I let two weeks slip by without making a post. I've been busy finishing up some art work for people and also started back writing.

I've settled on working on the sequel to Dead Things. I had to put the story aside for a long time as my head was in a dark place for quite a while. The darkness of a zombie apocalypse and Devin and Noah's world sadly wasn't where I wanted or needed to be. But I'm feeling stronger and more positive right now, so ready to try tackling the story again. I've already added just over 3000 words taking the story up to 51K and I've made myself a rough plan of where the story needs to go and covers about 6 more chapters.

This book has been a long time coming and I hope for people who enjoyed the first Dead Things story, once I'm finally done they don't feel disappointed. I love Devin and Noah so hope I do justice to the next stage in their story.

I'm excited to be writing again and am grateful for everyone's support these last few years. Thank you.

Posted by Meredith Russell at 17:11 No comments: 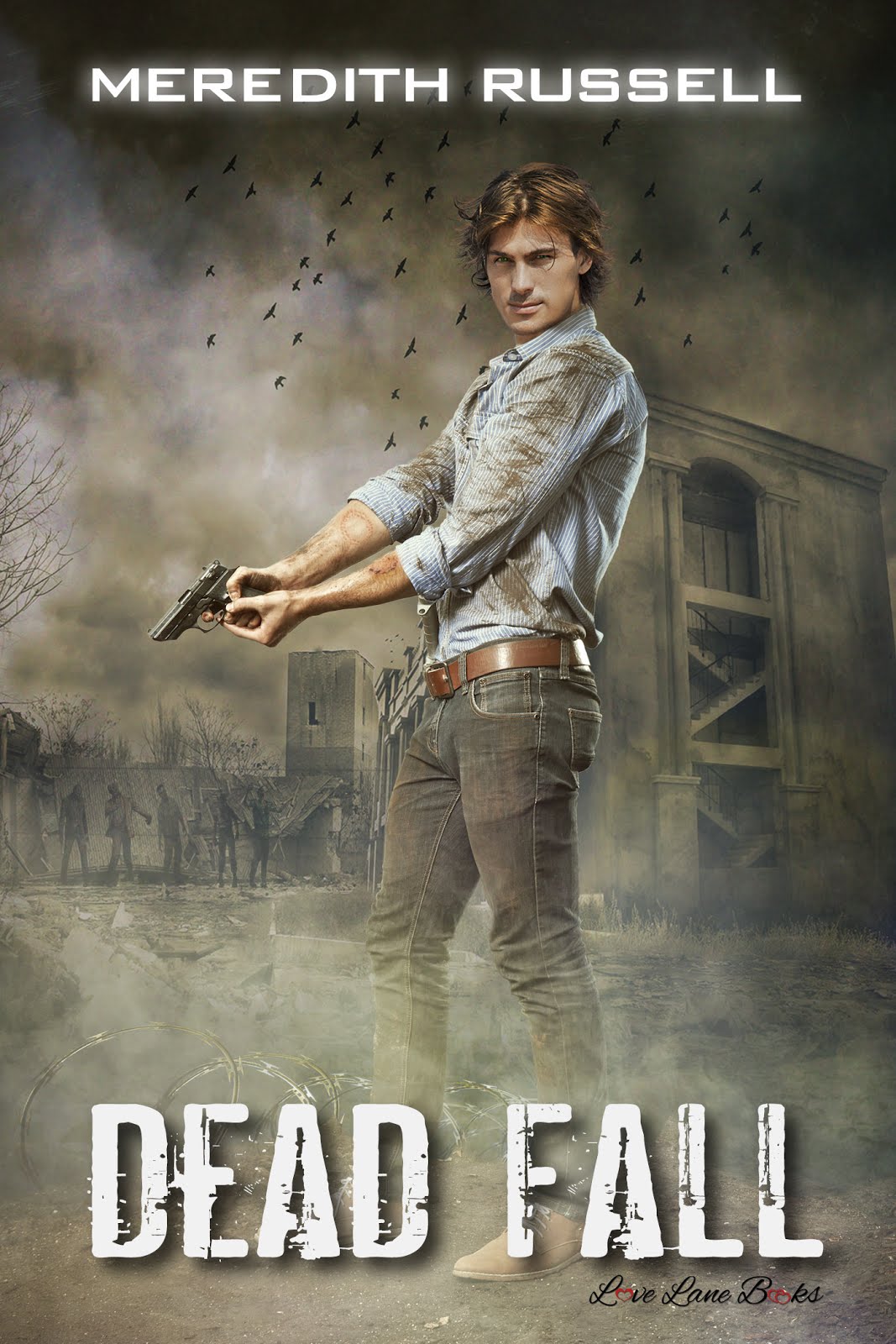 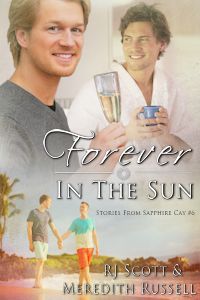 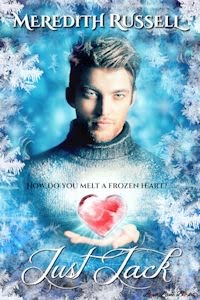